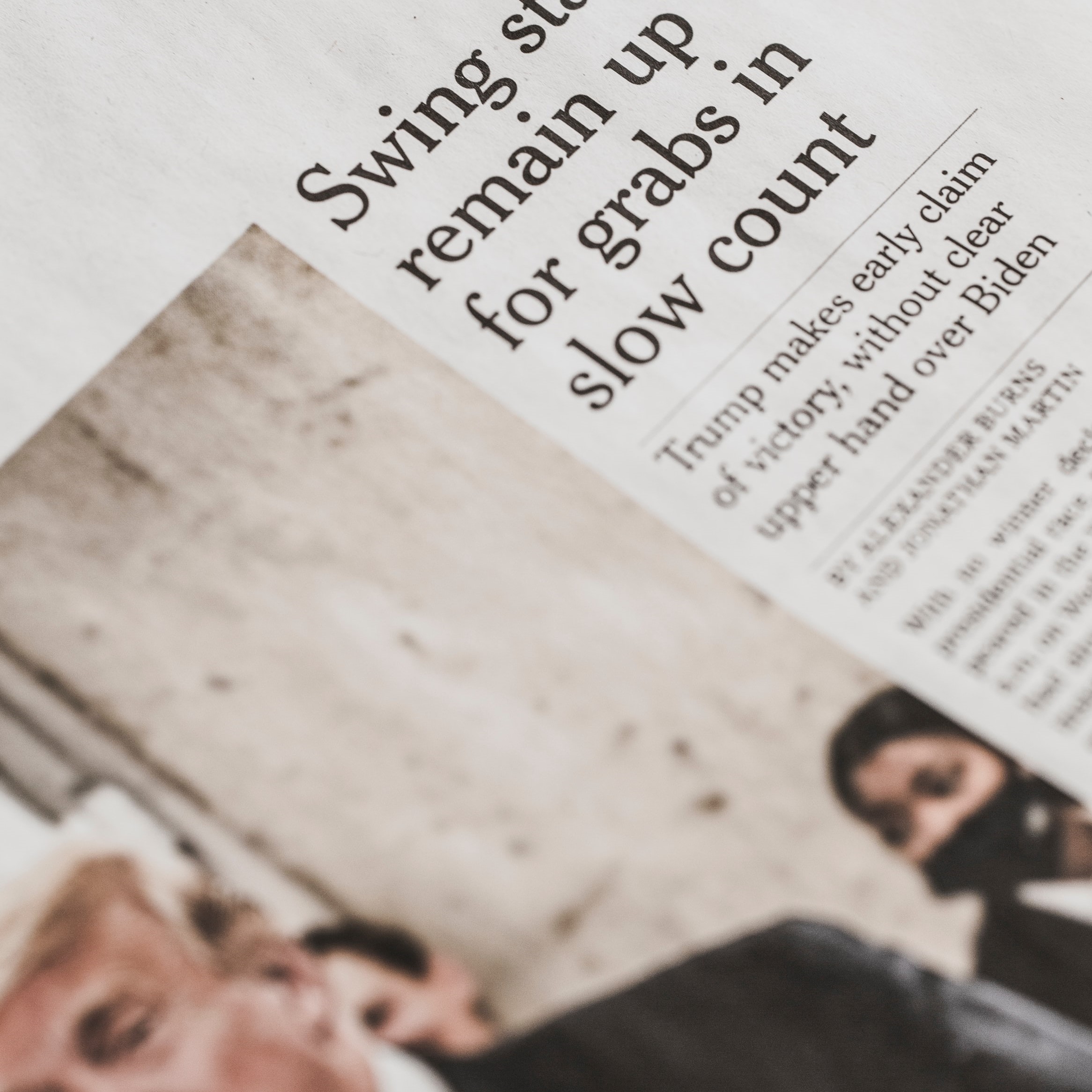 Surely we can be better at running elections in the 21st Century?

On the 3rd November 2020 voting in the US election came to an end. More than 150 million Americans had voted and the laborious process of vote counting started. In a country that has pretensions of being both the world’s leader in technology innovation and democratic government this vote counting activity has been painful to watch. An army of envelope openers, signature checkers, vote counters, party observers, auditors and state officials are still beavering away in towns and cities throughout the country 10 days later trying to make certain that every vote that was cast is valid and is counted. A very nervous nation, and the rest of the world, are observing this dinosaur-like electoral process wondering whether it will have a happy ending.

The obvious thought that comes to mind is “Surely, in the second decade of the 21st Century, there must be a better way to do this!” But is there?

The hallmark of a democracy is that elections must be “free and fair” and – even more importantly – must be seen to be “free and fair”.  In 1994 the “Inter-Parliamentary Union” (established in 1889) agreed on a set of “Criteria for Free and Fair Elections” . In summary, an electoral system should allow every adult citizen to: (i) vote in elections; (ii) have access to an effective, impartial and non-discriminatory procedure to be registered as a voter; (iii) not be denied the right to vote or register as a voter; (iv) have equal and effective access to a polling station; (v) have his or her vote accorded equivalent weight to that of all other voters; (vi) vote in secret.  Coupled with these criteria is the requirement that the process and those who manage it must be trusted by all stakeholders. “Trust” requires a transparent and objective audit and dispute resolution process.

For many years innovators and technologists have looked at the antiquated voting processes used in most countries and have proposed improvements. Innovative mechanical and electronic technologies have been developed and tested. A study by researchers at Stanford University in 2007 considered the pros and cons of electronic voting, or e-voting. A variety of e-voting systems had been deployed at that time, ranging from systems based on punch-cards and optical scanners, to “direct-recording electronic” (DRE) systems, such as touch screens.

The Stanford report sets out some of the advantages of using e-voting technology. These fall into two categories, namely advantages to the voter, and advantages to the government or electoral agency. For the voter these systems should ideally lead to a more efficient and easy voting process and increased confidence that their vote will be correctly counted. For the government these systems should increase voter turnout, reduce cost, allow results of elections to be declared more quickly, increase voter confidence, and renew interest among citizens in the political system of the country. E-voting should also reduce, or eliminate voting errors, which in the manual system gets counted as “spoiled ballots”.

There remains a great deal of debate around whether paper ballots should be retained as a physical form of evidence associated with each vote. In many e-voting systems, such as those using optical scanners, the actual vote is captured on a paper form, with the scanner being used to automate counting of votes. If the result is challenged a “manual recount” based on the paper forms can be done. If paper is eliminated both voters and political parties may fear that the digital voting record can be manipulated or accidentally lost.

The authors of the Stanford report foresaw a time when advances in digital and mechanical technology would make it possible to develop systems that could guarantee accuracy, privacy and verifiability.

In terms of the disadvantages of e-voting the Stanford report claims that opponents have three general areas of concern. These relate to the nature of technology, the potential for huge fraud and manipulation, and the protection of voters and the secrecy of their vote. The concern about technology is that the introduction of technical systems and devices adds additional steps to the process – all of which are largely unseen by the voter. Each additional step that is added contributes an additional “failure mode” into the system. There is also the concern that technology acts to disadvantage those who are unfamiliar with – or even intimidated by – modern technology.

For those concerned about fraud, the fact that digital software is in many cases seen as a “black box” is a significant risk. This concern is particularly valid if private vendors are allowed to develop the software systems and claim the inner workings as their own intellectual property. The invisibility and complexity of digital systems also leads to fears that systems can be “hacked” and compromised by external agents in various ways, possibly resulting in extensive electoral fraud.

The third area of concern relates to the question of trust and voter privacy. In any country where a group of citizens, for whatever reason, distrust the government, this issue will arise. How can citizens be certain, whatever assurances they may be given, that their vote is recorded accurately, counted correctly and that it is secret? E-voting systems also, by definition, store personal information. How can voters be certain that this information is secure and is only used for voting purposes and not for other reasons by the government or by vendors who supply the systems?

We can therefore see that there are both ethical and technical concerns relating to e-voting.

While the Stanford report, cited above, was written in 2007 many of the issues raised remain relevant in 2020. In the interim the possibility of Internet voting has become feasible. This has been called “i-voting”. It is easy to imagine logging onto an “Elections Website” or downloading an “Elections App” on your smart phone and then voting from the comfort of your home, or while you are out for your morning jog. We are happy enough to do Internet banking, so why not do Internet voting?

This is not a distant dream. In 2005 the small Eastern European country of Estonia became the first country in the world to use i-voting in an election. In 2007 part of Estonia’s parliamentary election was run via an i-voting system. It allowed registered voters to cast their ballot from anywhere in the world via an Internet-connected device. The system is based on a national ID smartcard that has been issued to all Estonian citizens. This card contains an encrypted file that contains unique identification data. While this Estonian system was a world first, there have been a number of concerns around its security.

In recent years a great deal of interest has been focused on developing i-voting systems based on blockchain technology. This holds out great promise to provide a truly “free and fair” voting system based on the Internet.

While Internet voting seems to be the ideal situation there are many obstacles to its implementation, particularly in a country like South Africa. The best scenario would be a single system for the whole country and for that system to be the i-voting system. The major problem is equitable access. Given the digital divide that exists in South Africa, and even in advanced “1st World” countries like the USA, the 4th criterion for “free and fair elections” (see above) which refers to “equal and effective access” would be hard to achieve. The concern about the invisibility and “black box” nature of software, raised in the Stanford report is also a major obstacle when one considers i-voting. No matter how sophisticated and secure the i-voting system might be, using blockchain for example, citizens who distrust the government will be reluctant to use the system. This is likely to be true in the USA, South Africa and many other countries in the world.

E-voting and i-voting seem to be perfect solutions to run elections in the 21st Century, but I fear that we will continue seeing the painfully slow and inefficient process playing out in the USA  at the moment for many years to come.

Can an Innovation Hub be virtual?

The Robots are NOT Coming