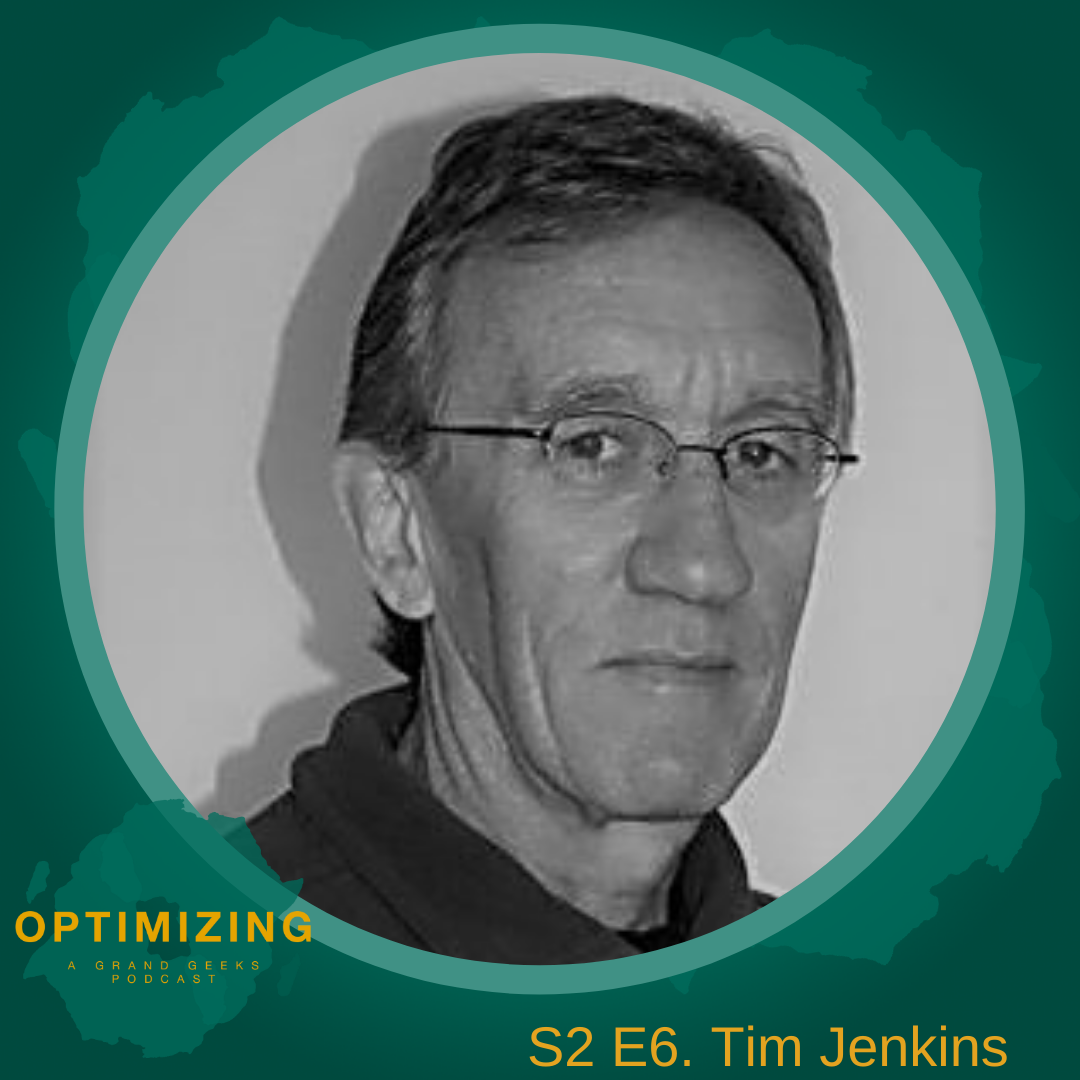 Tim Jenkin is a political and social activist and a unique individual. He is the author of the book “Escape from Pretoria” which tells the amazing true story of his escape in the 1970’s from Pretoria’s maximum security prison. It was recently released as a movie starring Daniel Radcliffe as Tim. He developed cutting-edge data communication technology in the 1980’s for the ANC’s underground. He is currently involved in Community Exchange which is paving the way for a world without money.

Tim Jenkin is a South African social and political activist. He is extremely difficult to describe. Describing someone involves putting them into a box .. Any time one tries to put Tim into a box … he escapes! … and there lies something he is best known for. In 1978 as an underground ANC operative he was arrested by the Apartheid police and sentenced to 12 years in prison. A year later he, and two others, escaped from Pretoria’s maximum security prison. He wrote about this amazing story in his book “Escape from Pretoria” which has just been released as a movie, starring Daniel Radcliffe as Tim.

While working in London for the exiled ANC in the 1980’s he developed an entire system for secure computer-based communication that made a HUGE impact on how the ANC waged the underground struggle. The story about this is told in a series of articles called “Talking to Vula”.

On returning from exile in the early 1990’s Tim continued to innovate in both the digital and other sphere’s. One of these is the concept of “Community Exchange” which we discuss with Tim in the podcast.

In summary Tim is a unique individual who has led a fascinating, impactful and inspiring life.

In Conversation with Nomso Kana

In Conversation with … Mteto Nyati