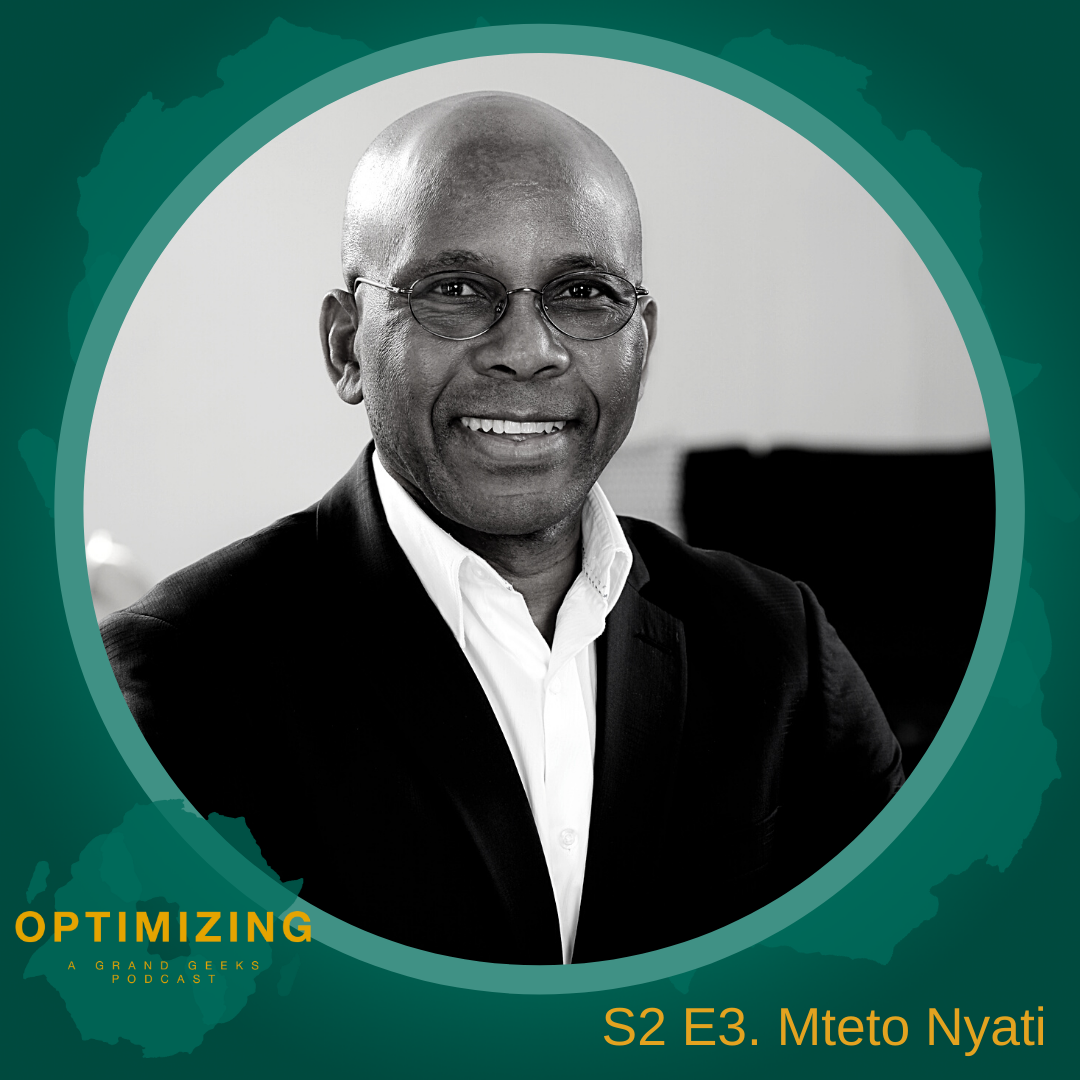 Mteto Nyati is an engineer, business executive, writer and thought leader. Like any list of labels none of those labels even begin to describe this truly extraordinary South African role model. In his autobiography, published in August 2019, Mteto shares his amazing story from growing up within a large and nurturing family in what was then the Transkei in the Eastern Cape … to his current role as Chief Executive of the company Altron. We would urge everyone listening to this podcast to read his book.

After graduating in 1985 as a mechanical engineer – the only black engineering student in his year – at the then University of Natal, Mteto worked as an engineer at Afrox and then Nampak. In 1996 he joined IBM South Africa, where he soon made his mark. He was being groomed to become the head of the local IBM operation which involved spending a period of time working in Paris. In 2004 he was selected to participate in the very prestigious Yale World Fellows programme at Yale University in the USA. In 2008 he left IBM to become CEO of Microsoft SA where amongst other major achievements he oversaw the development of its ground-breaking black empowerment (BEE) programme. In 2014 he joined MTN and in 2015 became CEO of MTN Africa. In 2017 he joined Altron as CEO.

In every one of these steps in his journey Mteto has made a huge impact on the company he has led. Read the book if you want to know what he did and how he did it. He is an incredibly effective and inspirational leader.

In 2013, while Mteto was head of Microsoft SA, he and and Prof Barry Dwolatzky were named joint recipients of the prestigious IITPSA’s SA IT Personality of the Year award.

In Conversation with Xoliswa Mahlangu