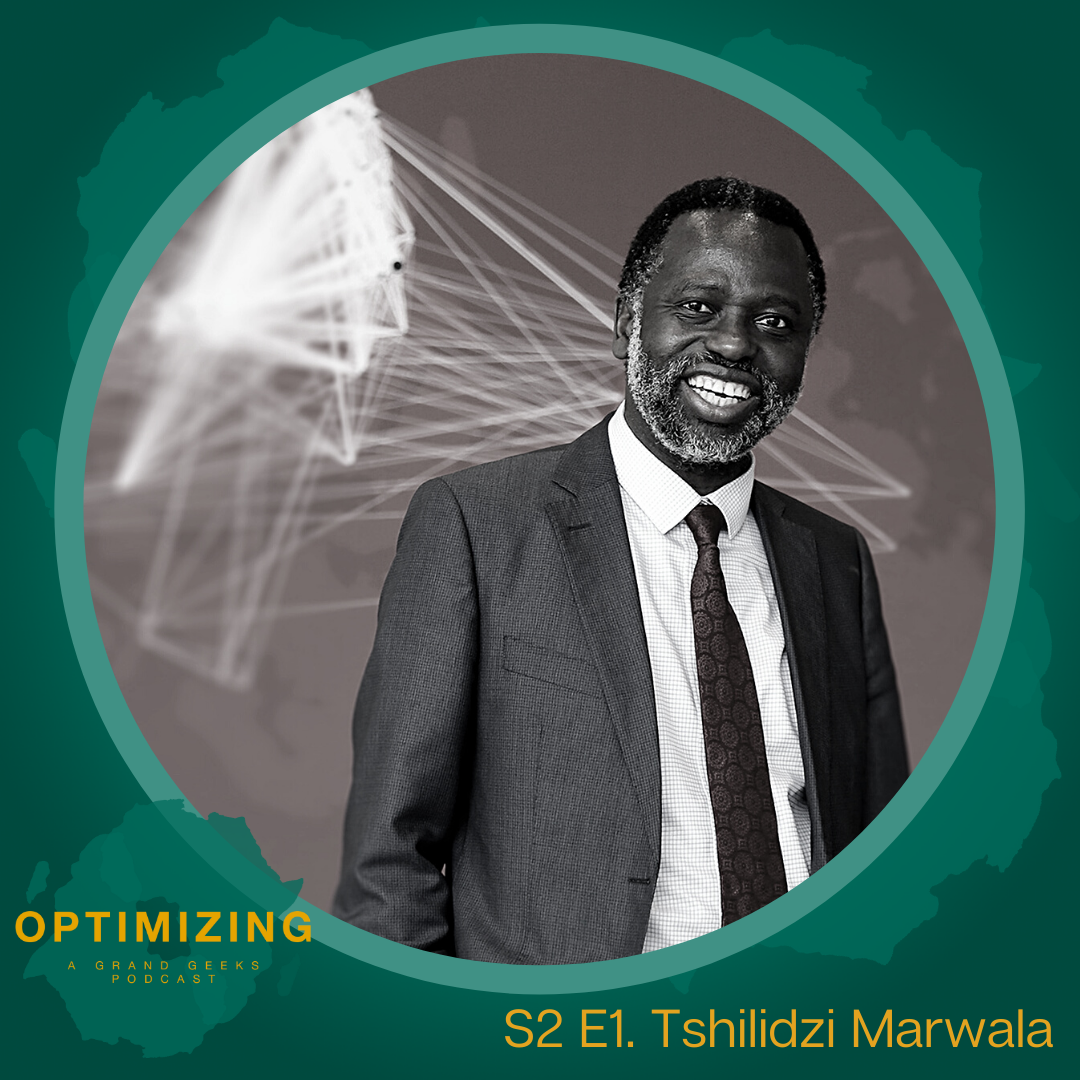 Professor Tshilidzi Marwala is a South African engineer, AI expert and academic leader. In this conversation with Prof Barry Dwolatzky and Kerryn Gammie he talks about his early days and who passed him the baton in life’s metaphoric relay race. He discusses some of the very fascinating work he has done, and then talks about what he would pass on to Kerryn and her generation as their life’s journey starts.

Tshilidzi Marwala is a South African engineer and computer scientist. In his matric year in 1989 he won the National Youth Science Olympiad and had the opportunity to attend the London International Youth Science Fortnight, which opened up the world for him. Almost instantly this young man from a rural village in the northern region of SA became a player on the world stage. He studied mechanical engineering at Case Western University in Cleveland Ohio (USA) (Magna Cum Laude) and then returned to SA to do his masters at the University of Pretoria. After that he went to Cambridge University where he completed his PhD in AI followed by a period as a post-doc at Imperial College in London.

Back in SA he worked at the CSIR and SAB before joining Wits as a professor in the School of Electrical & Information Engineering. From Wits he went to UJ where he rapidly climbed the academic leadership ladder from Dean of Engineering, to DVC Research to his current position as Principal and Vice-Chancellor.

Tshilidzi has received many awards and honours including the national order of Mup-ung-ubwe (which I think of as a South African Knighthood).

He is known for pioneering research in the field of AI which he has applied to many interesting applications from brewing beer to conflict resolution. He is also Deputy Chair of the Presidential Commission on 4IR.

Optimizing is a podcast produced by Professor Barry Dwolatzky (also known as “The Grand Geek”). Season 2 features Prof Barry and Kerryn Gammie in conversation with thought leaders and role models in the South African and African digital community. Each conversation is based on the metaphor of a relay race in which the guest is asked to reflect on how they received the baton and what they will pass on to Kerryn and her generation [Evan Wigdorowitz (Edit and Logo Design); Callum Kuhl (Music )]